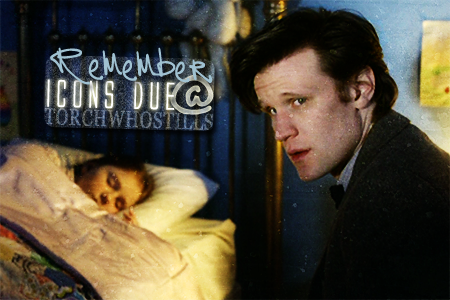 Sorry these took so long folks! We've had rolling brown-outs the past few days. The joys of summer... 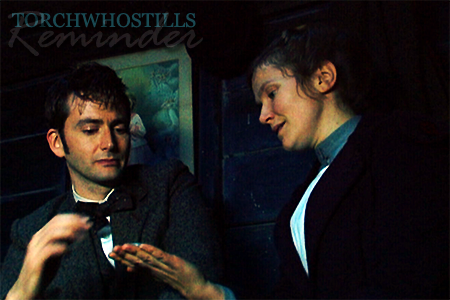 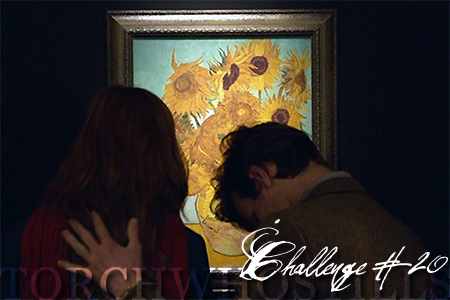 Challenge #20: Vincent and The Doctor
→ For this challenge we're going to focus on Doctor Who Series 5 episode 10: Vincent and the Doctor.
→ You may use any Doctor Who screencap or image from this episode. Promotional images, behind the scenes, Doctor Who Confidential, etc, are okay as long as it took place during or was taken for this episode.
→ For screencaps check the following places:
» killcolor
» The Medusa Cascade
→ Other sources for caps may be used, and don't forget to check out The Medusa Cascade's collection of promotional images and episode stills for the episode as well!
→ The special category this week will be Most Creative and will be chosen by voters.
→ You may submit up to 4 icons.
→ Please review the general rules here before entering. In short: icons must be 100x100, under 40KB, contain no animations. All other effects (textures, text, blends, etc) are allowed.
→ Icons must be submitted to this entry by Friday, 10 Feb 2012 at 7 am EST.

→ Congratulations to the winners!
→ Banners this week are by

You have probably noticed this is a repost. I received a PM informing me that several weeks people who have won in the contest haven't actually voted, and I thought it was important for me to address it to the community at large and to explain why I did what I did this time.

1) I am sadly aware that it happened pre-hiatus. To be perfectly honest those sorts of mistakes helped trigger me in taking the hiatus from the community. I was so caught up in thoughts of "I have to post" that I stopped looking at the details. It was usually discovered as I was updating the layout and/or website days after the winners were announced (and sometimes even after banners were made/posted). I know it's no excuse. I was hoping that stepping away and rethinking how I was running the community would help with that. It clearly hasn't.

2) This week the mistake happened because I've come down with a head cold/sinus infection of some type and I just started working ten hour shifts. When I post in the mornings, I've just come home from work. I was exhausted and not focusing. I'm still aware that's no excuse. When the mistake was pointed out to me, I was compelled to fix it and the only way I could do that was by reposting the winners.

juliet316, I'm sorry I had to disqualify you. By the time the mistake was caught, I had already unscreened entries and votes, and it didn't seem fair to let you vote now. I'm also sorry that I didn't remind you yesterday to vote.

To everyone, I am truly sorry this has happened again. I have never, ever intended to show any favoritism as a mod and none of my mistakes have ever been intentional. I'm only human and I try to do my best and pay attention to the details, but I'm obviously still going to make mistakes.

3) I am begging, begging for a co-mod to help out. At this time, the co-mod's main responsibilities would be to help with advertising/building our affiliates list, double checking things before I post winners, and taking over posting, etc, if I ever go on vacation or will be without internet access. Ideally, this person would be available in the early mornings EST, but if not we can look at reworking the current schedule.

The votes from the poll I took indicated that most people don't mind if mods participate as long as things are transparent, so I'm considering allowing it if someone is willing to help me out. At this point, I'm willing to give you my first born child if you'll do it.


Please, please, please feel free to express your feelings, thoughts, or concerns here. If anyone would like to co-mod, please volunteer here, send me a PM, or leave a message in the drop box.

Again, I'm sorry this happened and I'll do my best to make sure it doesn't happen again.

→ Congratulations to the winners!
→ Banners this week are by

Notes & Announcements:
→ All entries and votes are already unscreened.
→ The past winners page and layout will be updated by tomorrow evening.
→ The next challenge will be posted tomorrow. So look for it!

To Vote:
→ Comment with your choice for first listed first, your choice for second listed second, and your choice for third listed third, with all votes separated by commas.
ex - 75, 100, 88
This vote means you like 75 the best, 100 the second best, and 88 the third best.
→ In this voting system, each vote is counted with each first place being awarded 3 points, each second place being awarded 2 points, and each third place being awarded 1 point.
→ The icon with the highest total number of points wins first place overall, etc.
→ Voting will be open until 2 Feb 2012 at 8 AM EST.
→ Reminder: everyone who entered MUST vote. You MAY NOT vote for your own icons.
→ For more information on voting rules and procedures see this BEFORE placing your vote. If you need further clarification or have other questions comment here. 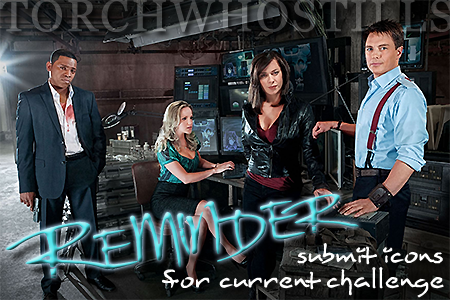 Submit icons for Challenge #19: The Past here.
Countdown Until Deadline
Current Entries: 8

Layout
Just wanted to let you know that I changed the community layout to match closer (almost exactly) to the website layout. I'm still tweaking it here and there, so I would really appreciate it if you guys notice any bugs and/or things that don't look right if you would let me know here. Screenshots of problems would be especially appreciated, or at the very least, let me know what browser you're using.

Polls & Potential Rules Change
I've been thinking about the rules and about the fact I could really use a co-mod, and I thought this bit of the rules may be preventing someone from volunteering. Also, during the sets challenge, I had to keep telling myself I couldn't enter, no matter how badly I wanted to. So, given the change in my way of thinking I wanted to see what you guys would think of a rule change.


I've also been bouncing around an idea (suggested by

chamilet) for another special challenge in addition to our regular challenges. I've been planning on making a few graphics/codes for you guys so that you can post ads, ask people to vote (in general not specifically FOR you), and have userinfo buttons or banners letting people know you participate here, but I keep putting it off.

chamilet suggested well before the hiatus that I hold special contests for these.

I think I'm ready to get the next special challenge up and running and I was wondering what you guys might like to work on and how long you think the challenge should run.

Both polls will be open until 29 Jan 2012 around 7am EST, so look for a post about the results then! 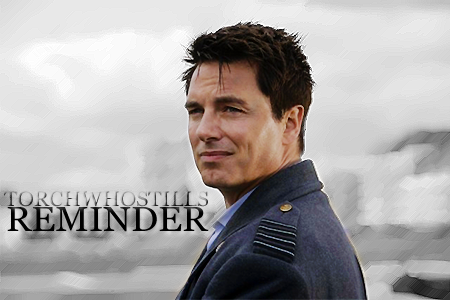 Submit icons for Challenge #19: The Past here.
Countdown Until Deadline
Current Entries: 0
Collapse